You planned to practise your blues scales in every key, to have nailed each Goldberg Variation backwards. But you forgot it was your turn to walk the dog, or that the cousin whom you never really liked is coming to stay (again!?).

Your practice time is precious, so at MusicGurus we’ve collected top insights that will keep you focussed, productive, and help you break out of the plateaus in your playing!

If you stop every time you make a mistake then you are compounding that mistake. You’re effectively building an instinct to stop at that point in the piece, and you’ll have to overcome this when you perform it live.

Instead practice in ‘frames’. A frame can be anything from a few notes to the whole piece. Decide which segment you’re going to play and get to the end BY ANY MEANS.

Even if you butcher the phrase so badly that Beethoven rolls over to tell Tchaikovsky how much you suck.

Ever had an audience gasp in delight at that fiendish lick or flourish you practised hard to include? They probably didn’t notice right?

Spend some time playing really simple stuff, but really focus on how it sounds; is it consistent? Is it controlled? Is it appropriate to the style of music? It’s no surprise that a unique tone is what top artists strive for. Get a headstart on them by toning up your tone.

“Do I really sound like that?!” says everyone ever when they hear their voice recorded.

It applies to your playing too. Listening to yourself back you’ll notice so much more than you did in the moment. You’ll hear where you’re getting the timing of that phrase slightly off, or how you might better articulate a melody.

Recording isn’t as hard as it used to be.

Don’t sweat the sound quality, record your next practice session and listen to it later in the day with a notebook. You’ll get loads of ideas that will have you straining to improve in your next session.

You don’t need to have an upcoming gig at Carnegie Hall to increase your motivation to practise. Something as simple as a get together with a musician friend will do just as well.

This works even better if you can practise towards something that’s out of your comfort zone: a high quality jam night where you know you’ll get roasted; a session that requires a lot of sight reading or improvising (whichever you’re less familiar with); a jam with friends where you only play in odd times.

Supercharge your practice sessions by harnessing the fear of embarrassment and the impulse to impress! 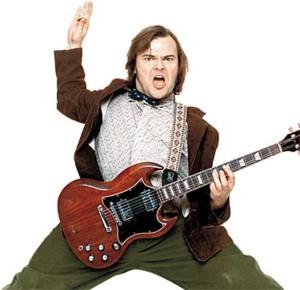 You don’t have to go in for hard-rock histrionics, but how you carry yourself in practice can be very important.

If you play standing up, then stand for at least part of your practice session. Guitarists and string players will be familiar with how much easier it is to fret when sat down. There are enough things that might throw you off during a performance without having to adjust from your laid back practice stance.

Go the other way and make it harder for yourself in practice. Throw in a physical challenge like playing a piece whilst standing on one leg. Adding a new physical context allows your brain to carve out new neural pathways that help you solve tough practice conundrums, and it’ll seem a lot easier playing normally when it comes to performance too. 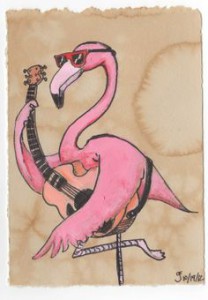 Plan Practice and Have Specific Goals

Because music is creative, we think it should happen in a bohemian way, somewhere between the first cocktail of the day and the moment we drive our rolls royce into the swimming pool.

The truth is, some of the discipline of a workout can work well in the practice room. Plan out practices, with goals in mind for what you want to achieve both in that session, and in the longer term.

The more specific the goals are the better. Don’t just have a goal to ‘improve Wonderwall’, aim to work deliberating on perfecting the exact strumming pattern, or even better aim to drop Wonderwall and learn something more original – the world’s had enough Wonderful (we joke, it’s a classic. All together now…”Because Maybe…”)

This is the oldest hack in the book. It’s so basic it almost goes without saying. But it’s so effective. The number one thing music teachers find themselves saying is SLOW. IT. DOWN.

Beginning slowly will have you predicting and preventing mistakes before you make them, like a practice precog. So take it easy in your next practice session!

These hacks help with how to practise, if you want to know what to practise check out the latest from our gurus on the course page.

About the Author: Liam Izod

Liam is part of the team at MusicGurus. He is a music journalist and keen amateur jazz musician.